September 11, 2001 began as any normal fall weekday. Men and women of Virginia Task Force 2 joined the world in watching the terrorist attacks unfold. They knew it would only be a matter of time before they were requested to assist. The members of VATF-2 were activated to respond a Type 1 task force of 80 members, starting wo​rk at the Pentagon on September 12.

The Virginia Task Force 2 Urban Search & Rescue Team is a specialized team organized and managed by the Federal Emergency Management Agency (FEMA). The purpose of this specialized team and its highly trained individuals is to assist localities that have been devastated by a catastrophic disaster, natural disaster, terrorist incident, and/or other wise. The team responds with the expertise and experience in handling such emergencies.
Virginia Task Force 2 is comprised of highly trained Firefighters, EMS Personnel, Dog Handlers, Engineers, and Physicians from various cities and departments throughout the region. The team is made up of a core group of individuals trained specifically to handle such emergencies. More than 210 Firefighters and EMS personnel from various departments throughout Southeastern Virginia, along with many other professionals from specialty fields comprise to make-up this elite team of highly trained professionals.

September 11, 2001, Virginia Task Force 2 was alerted and activated by the Federal Emergency Management Agency for a response to either New York City, New York or the Pentagon in Arlington Virginia. This activation came as a result of terrorist attacks on American soil. Shortly after 0900 hours on September 11, four commercial aircraft were highjacked with two being piloted into the Twin Towers of the World Trade Center in New York City, one into the Pentagon in Arlington Virginia, and one crashing in Western Pennsylvania prior to reaching its target. These attacks resulted in the collapses of many high rise structures and the loss of many lives including emergency response personnel.

As a result of the activation, Virginia Task Force 2 under the leadership of Deputy Chief Melvin Mathias and Acting District Chief Steve Cover assembled the team and responded to Washington, D.C. as advised by FEMA’s Emergency Support Team in Washington. The team departed Virginia Beach at 1800 hours by over-the-road transportation and arrived in Washington at 2145 hours. The team was directed to Anacostia Naval Facility in Maryland, where it was advised to rest for the evening as there was uncertainty as to whether the team would stay and assist with the Pentagon effort or push onto New York.

The next morning, September 12, 2001, Virginia Task Force 2 team leaders met with FEMA’s Incident Support Team leaders to determine whether the team would stay and assist at the Pentagon or push onto New York. At approximately 1200 hours it was decided the team was needed at the Pentagon as the destruction ·was much more extensive, creating a more complex search and rescue mission than originally thought. Shortly after this notification, the team was advised to begin setting up a base-of-operation (BoO) at the Pentagon site. The team began searching and shoring up the building that afternoon and continued through the night until 0700 hours.

Over the eight days the team was deployed, it accomplished its mission completing numerous tasks. Even though the tasks were laborious, technical, and time consuming, there were no major injuries to team members. Although no live casualties were removed by the team, many victims were extracted from the structure. Additionally the team was instrumental in shoring the building, alleviating a secondary collapse of a national icon. The team returned to Virginia Beach, Virginia, September 19, 2001 (VATF-2 After Action Report).

In addition to the Type I Task Force deployed to the Pentagon, VATF-2 also sent four members to serve on the FEMA Incident Support Teams. Chase Sargent and Mike Brown deployed to New York City and Buddy Martinette and Dennis Clark went to the Pentagon. Chase served as the Night Operations Branch Chief coordinating command and control of all the US&R task forces working at the WTC site as well as coordination with NYPD, FDNY, Port Authority, steel workers, and the Mayor’s Emergency Services Task Force. Mike worked as the Night Operations East Branch Chief coordinating with Chase on half the WTC site. Buddy was the Operations Chief, with command and control of all US&R task forces working at the Pentagon. Dennis was a structural engineer on the IST. 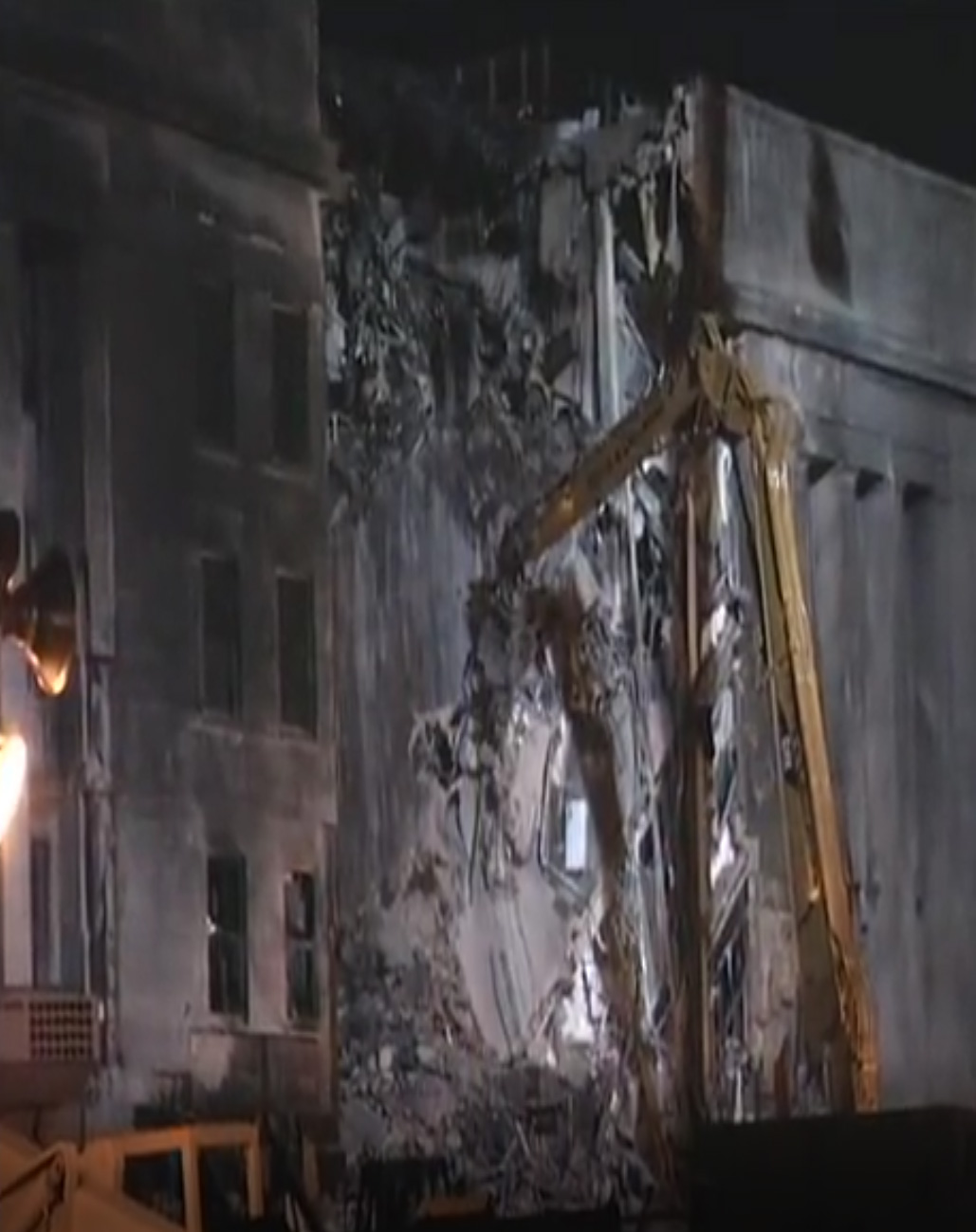 Video from the Pentagon 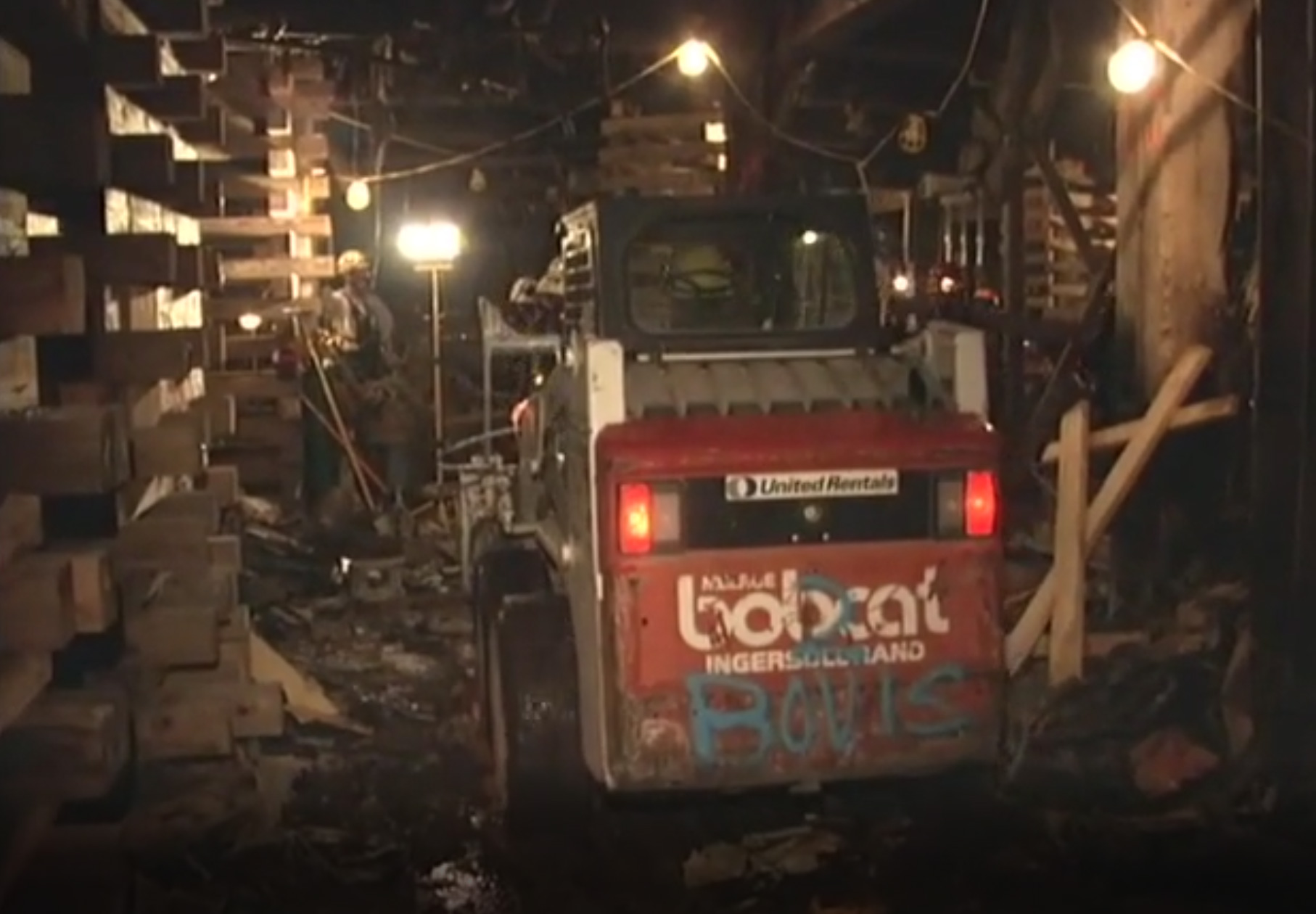 Shoring operations inside the Pentagon 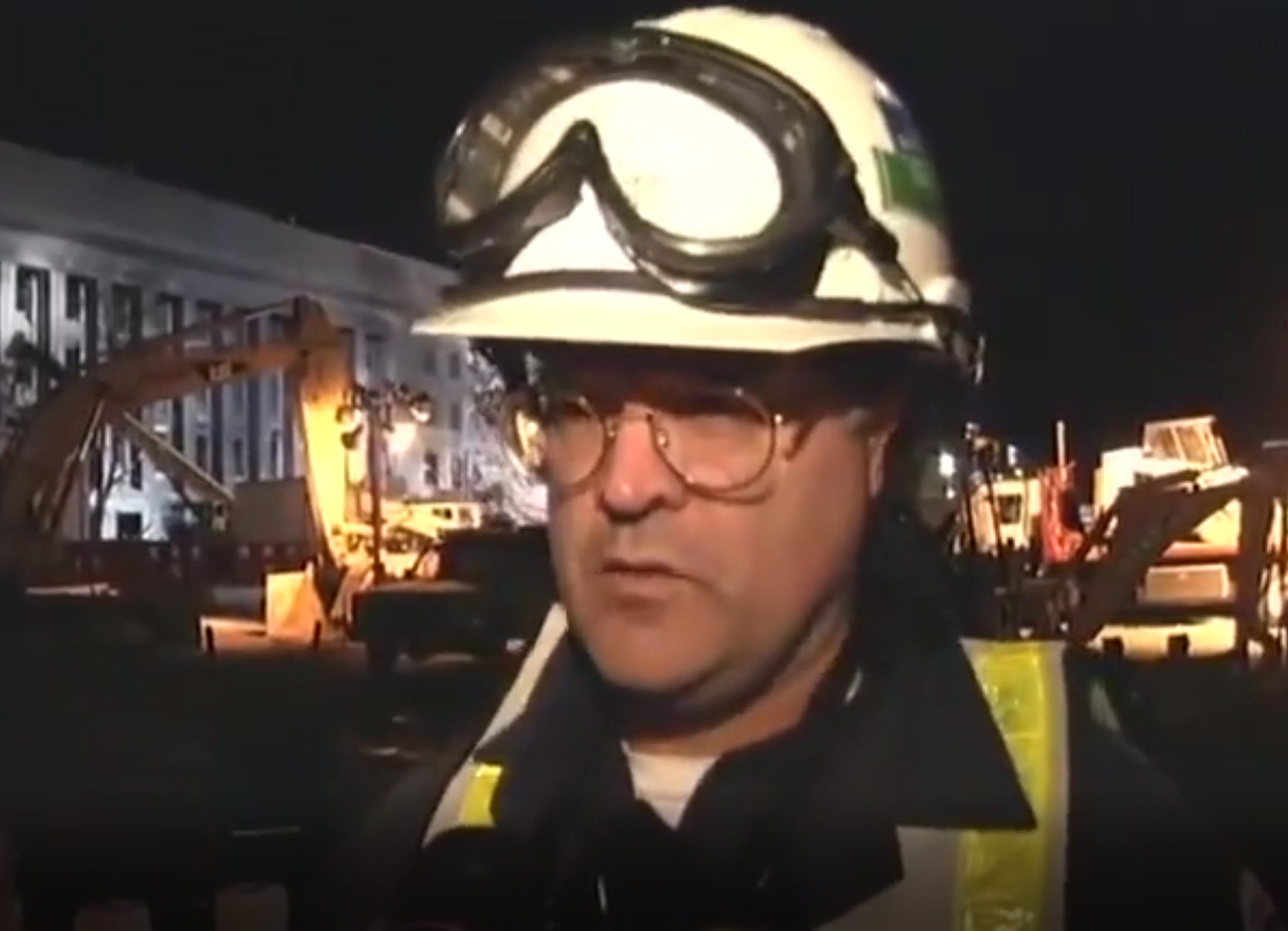 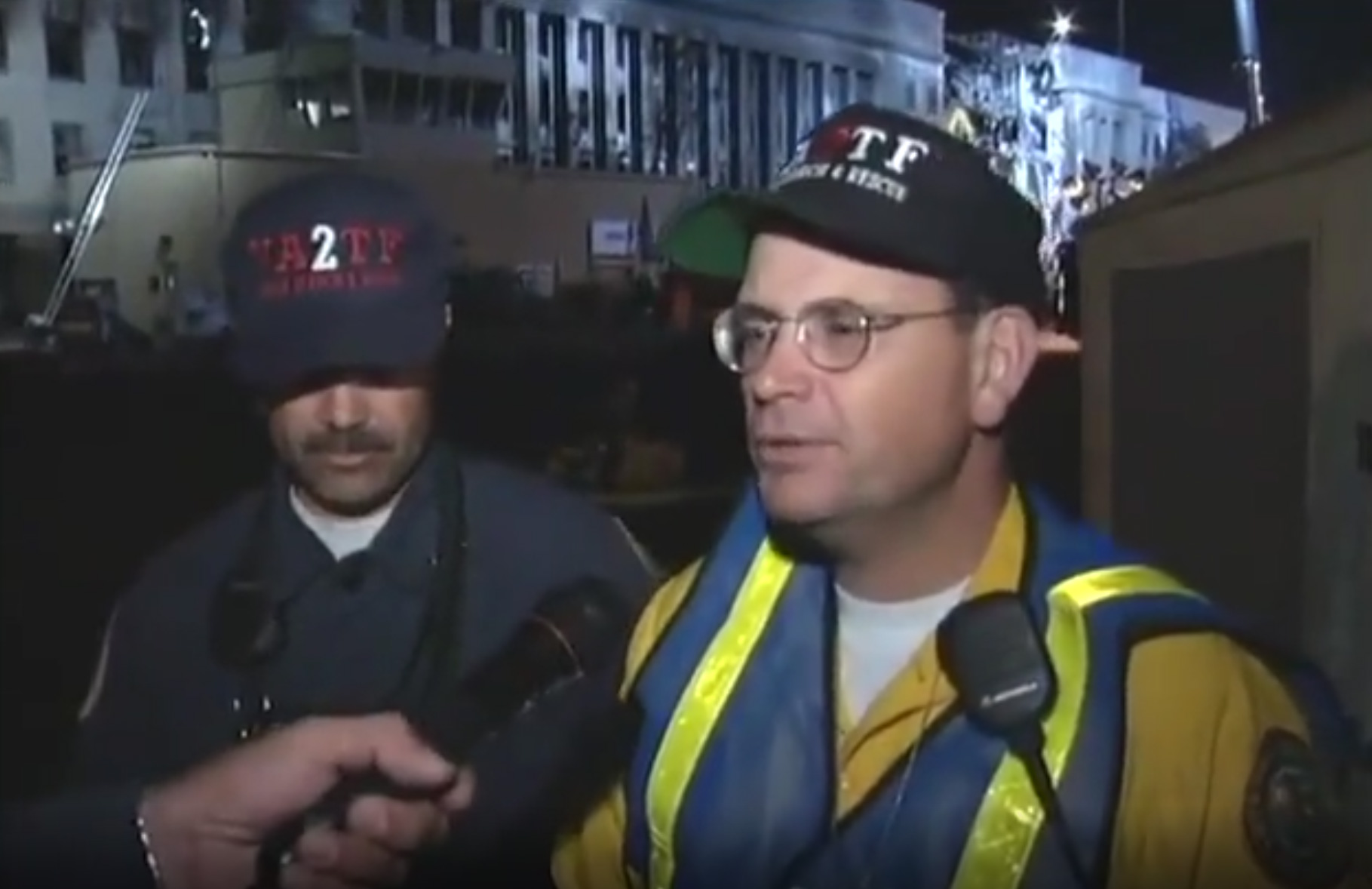 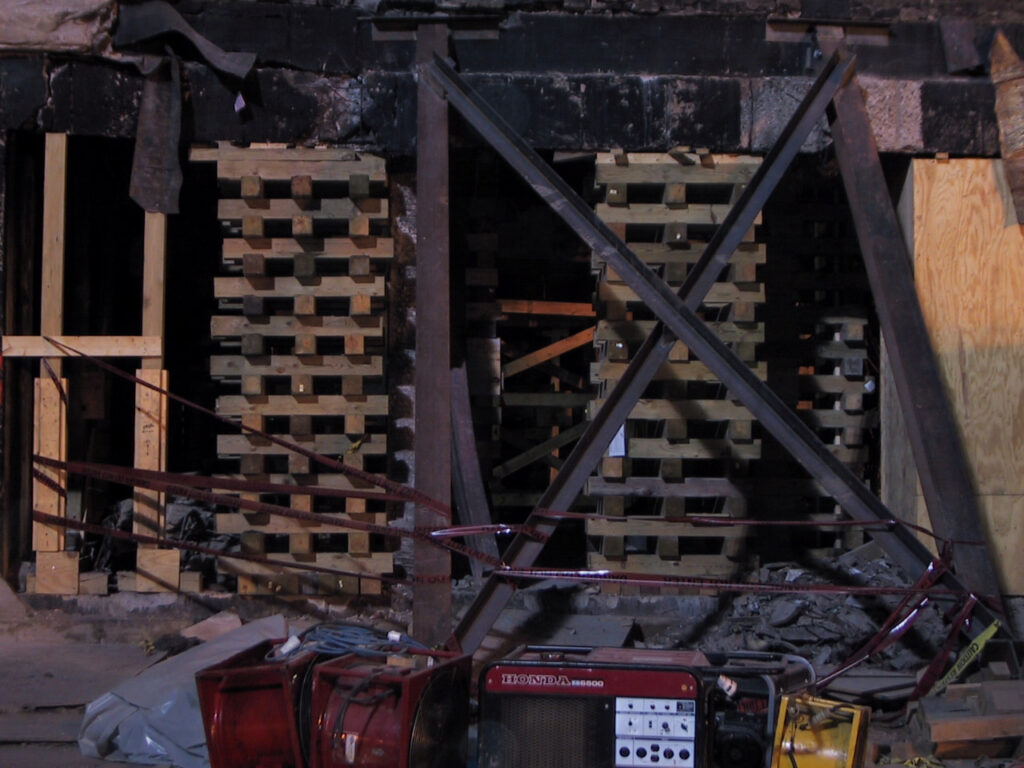 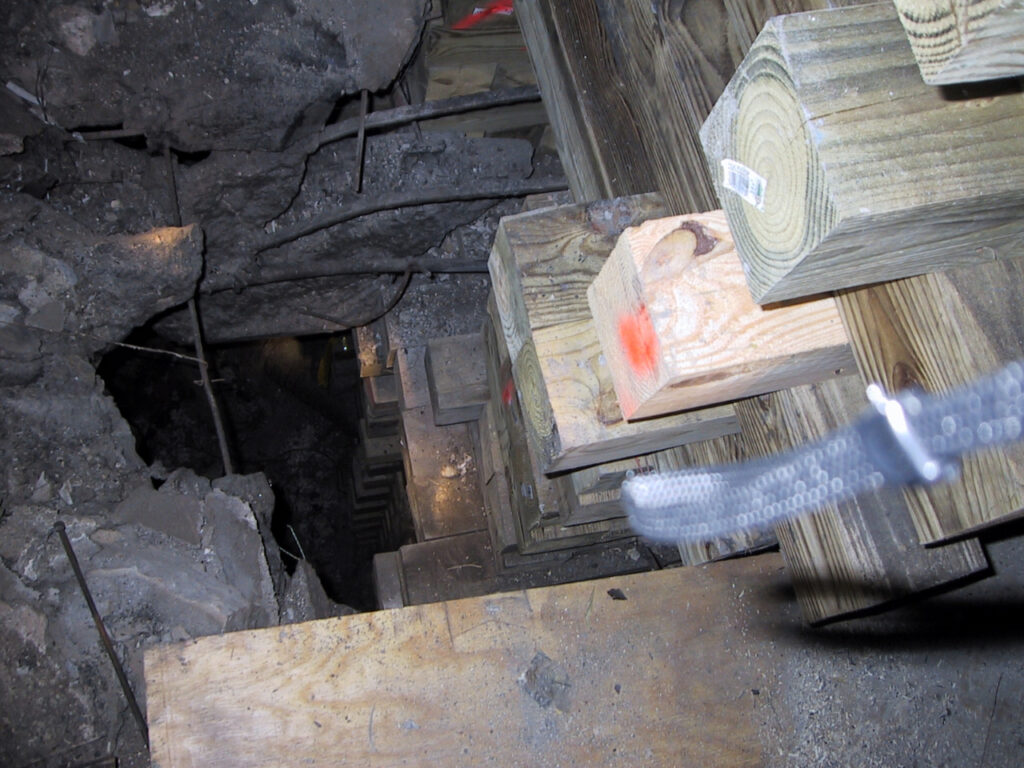 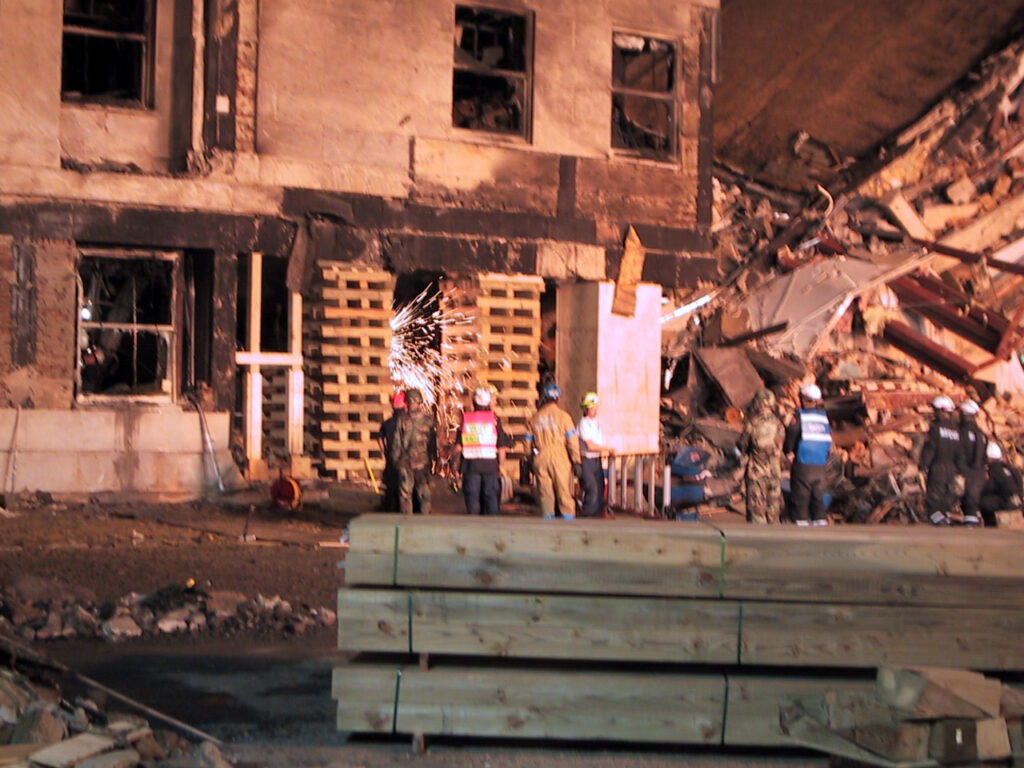 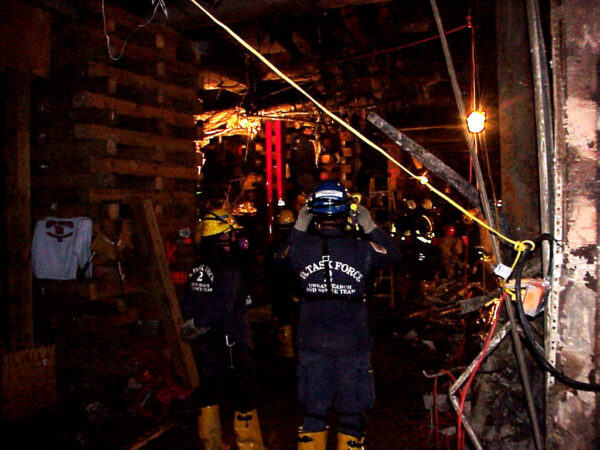 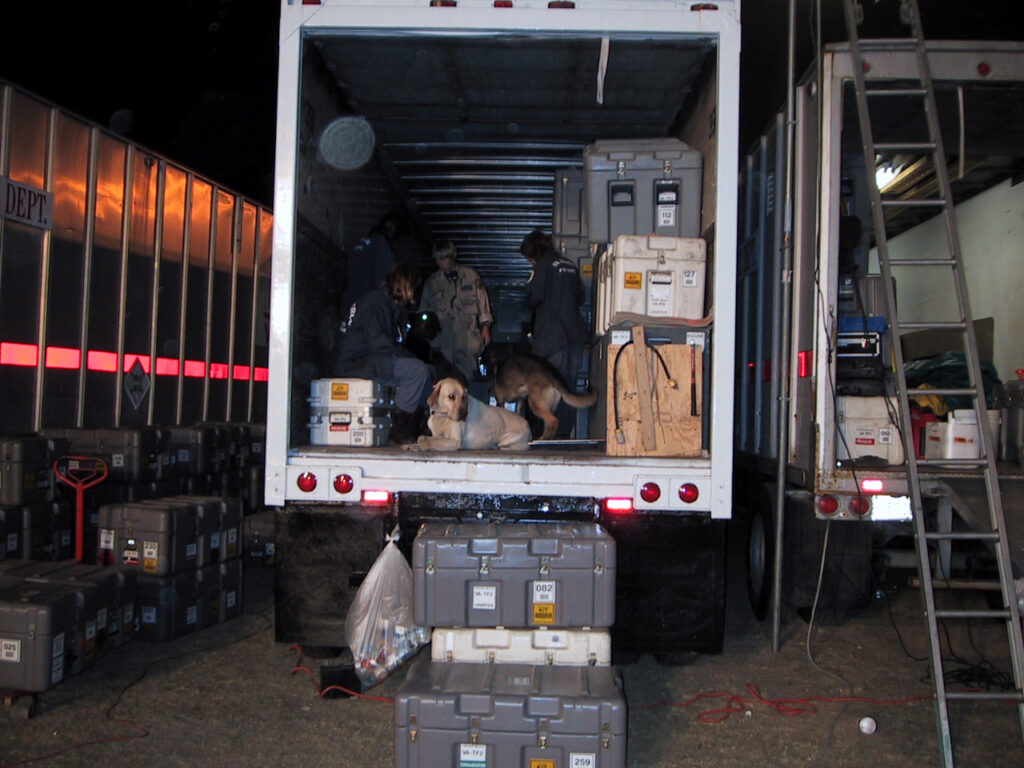 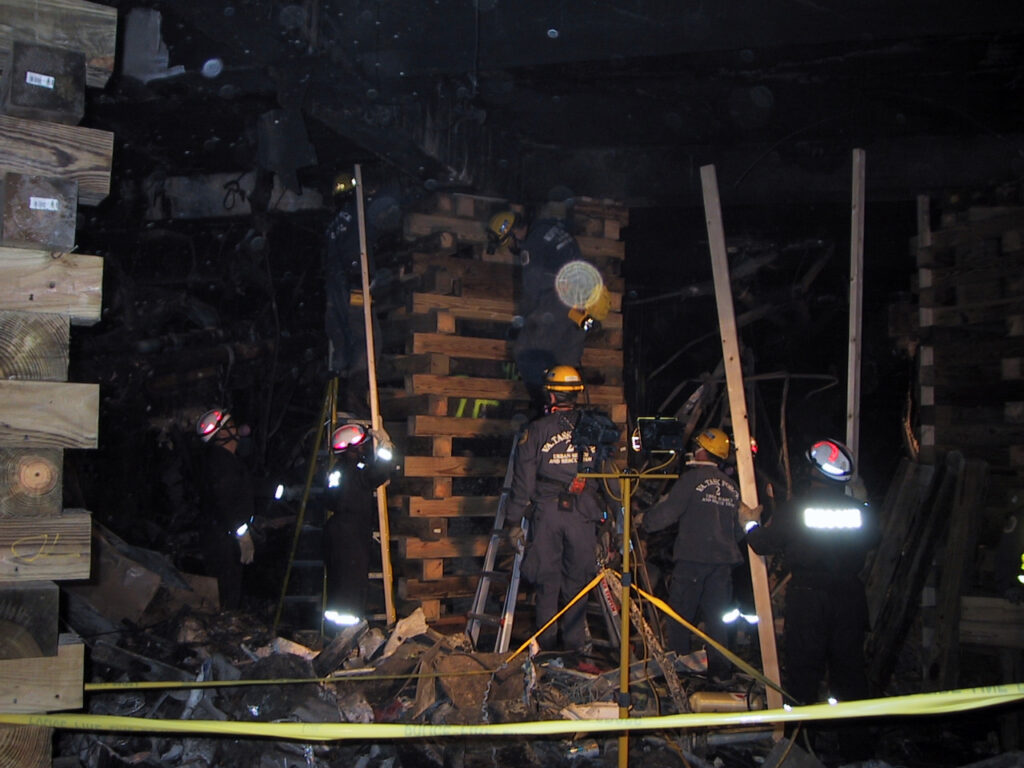 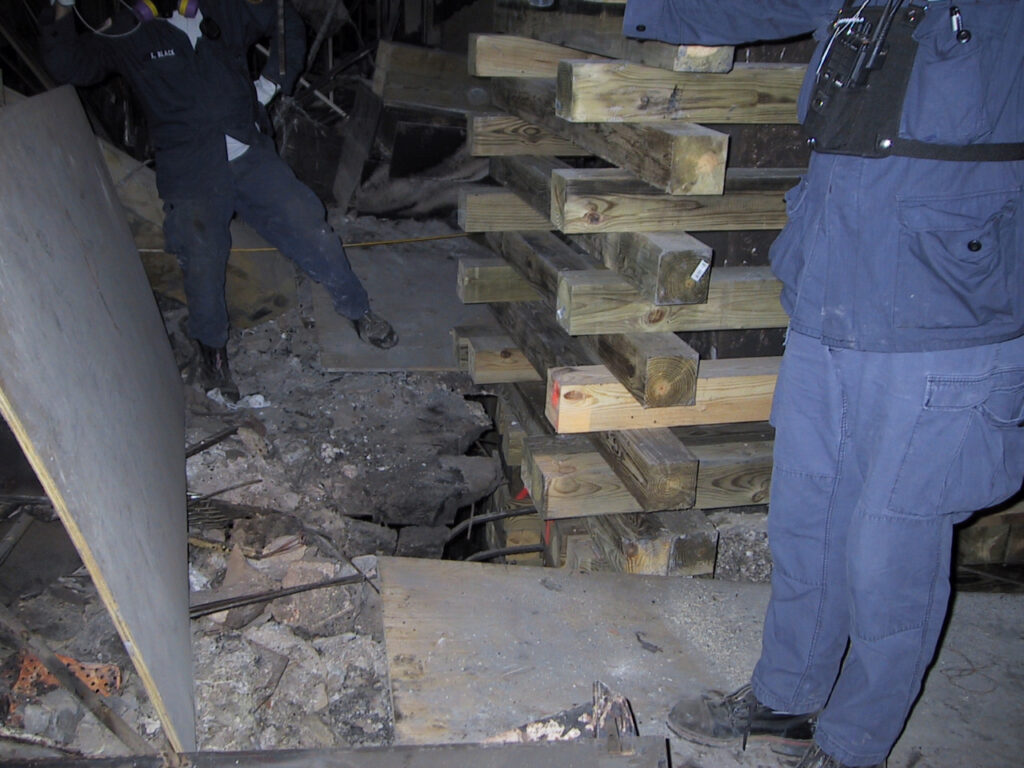 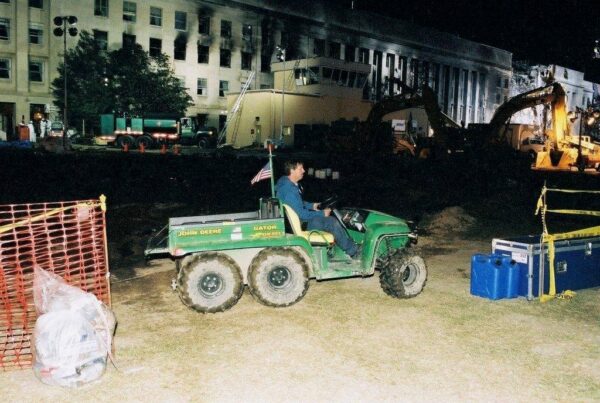 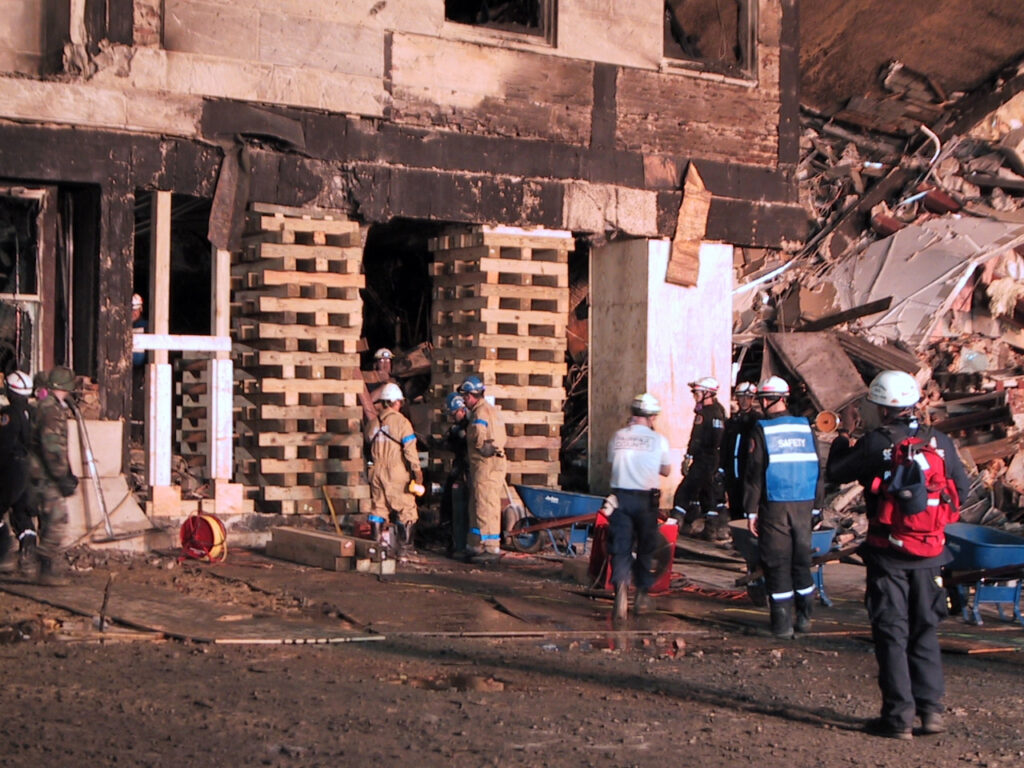 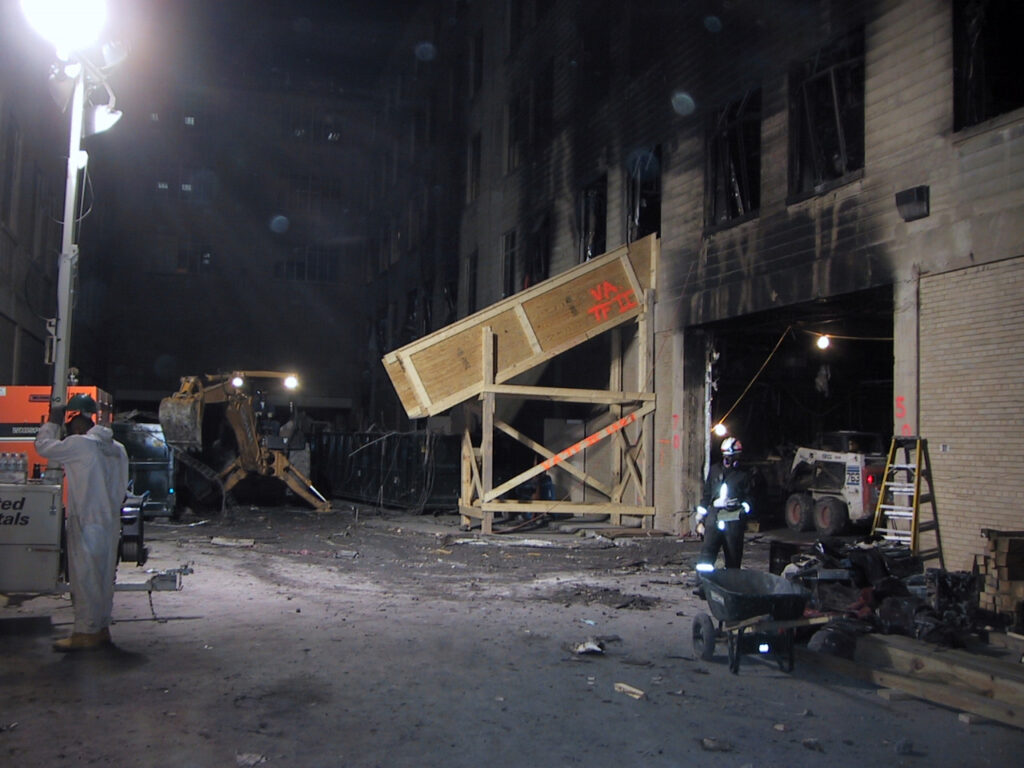 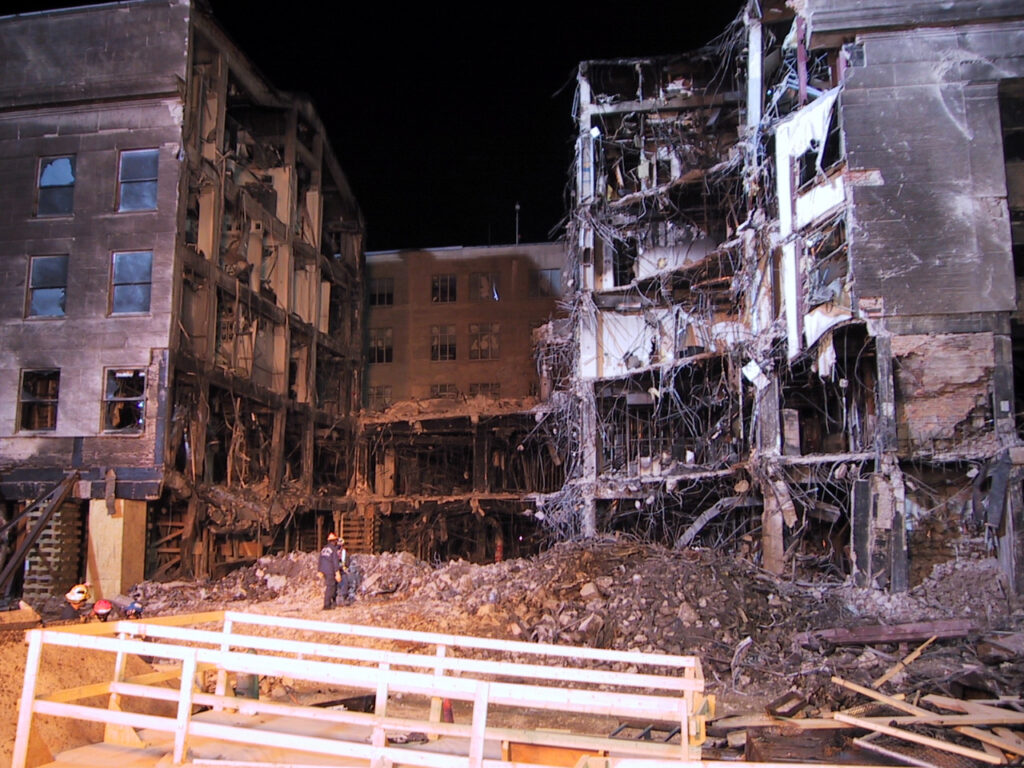 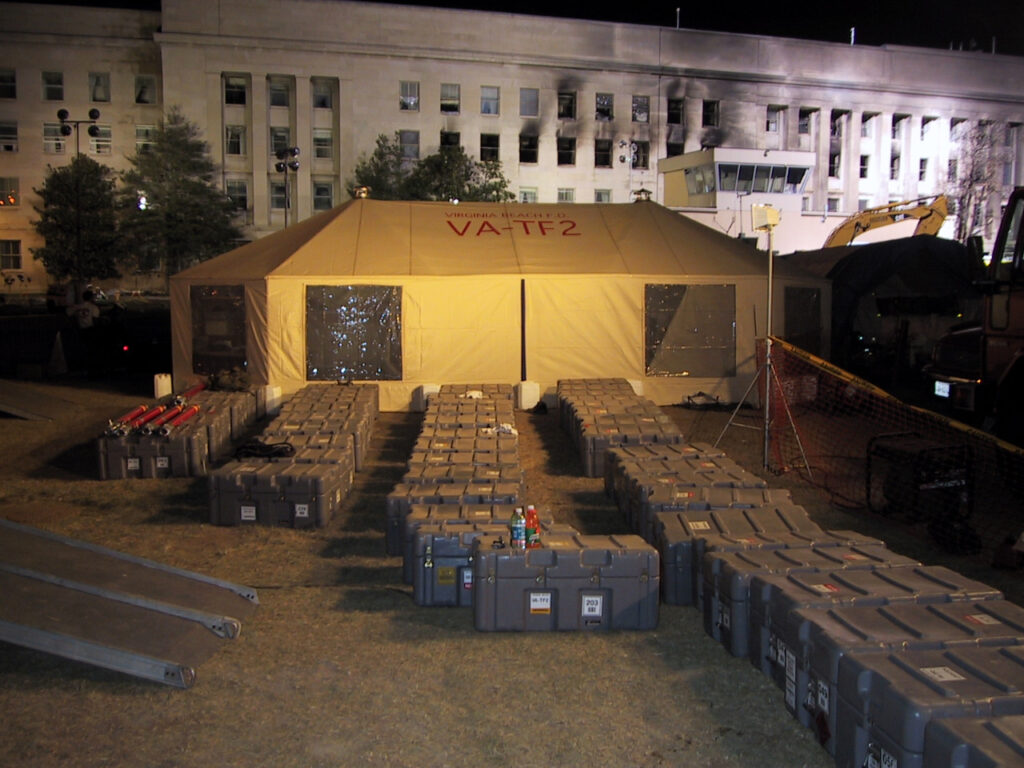 As task force members began to grasp what was happening across the country on the morning of September 11th, crews at Virginia Beach Fire Station 10 began to prepare the task force equipment cache.  At 12:00, VATF-2 received activation orders for a Type I Task Force from FEMA.  Throughout the afternoon, equipment was packed, personnel were selected, and transportation was secured, using the Virginia Beach Fire Training Center as the mobilization point.  At 6:00 p.m., the team departed the Fire Training Center heading to Washington D.C.  FEMA had not yet decided whether the team would go to the Pentagon or the World Trade Center, so the team was staged at the Anacostia Naval Facility for the night, arriving at 9:45 p.m.  On September 12, FEMA decided to send VATF-2 to the Pentagon.  The team arrived at the Pentagon at 4:30 p.m. and began setting up the Base of Operations and unloading equipment.  VATF-2 was assigned to the night operational shift running from 7 p.m. to 7 a.m.  The first VATF-2 crews entered the Pentagon 9:30 p.m.  The task force was assigned search and debris removal on the first floor of the E ring in corridors 4 and 5.

From September 12 through September 18, the task force continued to work the night shift, accomplishing debris removal, victim location, and structural shoring throughout the impact area, including all floors of C, D and E rings in corridors 4 and 5.  VATF-2 conducted its final operational period on September 18, from 7 p.m. to midnight.  On September 19, the team completed demobilization activities, including debriefings, meetings, and packing equipment.  VATF-2 departed Arlington at noon on September 19 and arrived back in Virginia Beach at 4:20 p.m. to a warm welcome from family, friends, coworkers, and local dignitaries.  VATF-2 officially concluded the deployment at 8:00 p.m.