September 11, 2001 began as any normal workday for the men and women of the Fire Department of New York. Shift changes were occurring throughout the City as units were dispatched to a high-rise structure fire at the World Trade Center. Events unfolding over the next few hours would take the lives of 343 firefighters from all ranks.

The origins of the Fire Department of New York City date back to 1648, but it wasn’t until 1865 that the modern-day FDNY first was established with the creation of the Metropolitan Fire Department (M.F.D.). The first professional unit, Engine Company Number 1, went into service on July 31,1865, at four Centre Street in Manhattan. The first ladder trucks were pulled by two horses and carried wooden portable ladders in sizes up to 73 feet. The first reference to the nomenclature F-D-N-Y was made in 1870 after the Department became a municipally controlled organization. The reorganized Department changed leadership, titles of rank and even its name. All usage of M.F.D. was removed and the lettering on all apparatus was changed to the now-familiar F.D.N.Y.

Around the same time, origins of the Department’s Emergency Medical Service began to take shape with horse-drawn ambulances dispatched by telegraph from Bellevue Hospital in Manhattan.

On January 1, 1898, the Greater City of New York was formed with the FDNY now overseeing all fire services in the newly formed boroughs of Manhattan, Brooklyn, Queens, the Bronx and Staten Island. A new charter accompanied the reorganization of the City. The Board of Fire Commissioners, in place since 1865, was replaced by a single Commissioner.

The FDNY response to the September 11 attacks began immediately. At 8:46 a.m., Battalion 1 watched American Airlines Flight 11 impact the North Tower while on another emergency scene at Church and Lispenard St. Battalion 1 requested a second alarm response to the World Trade Center and responded to the North Tower. While en route, he requested a third alarm at 8:48 a.m. Battalion 1 designated the corner of West and Vesey St as the staging area for the third alarm response.

At 9:03 a.m., United Flight 175 hit the South Tower. Incident Commanders immediately began assigning crews to the South Tower. At 9:12 a.m., Chief Ganci requested fifth alarm response to WTC 2, with staging at West and Albany. This fifth alarm request would bring an additional 23 engine companies and 13 ladder companies to the World Trade Center. Recognizing the magnitude of the incident, Chief Ganci initiated the first recall of all off-duty firefighters in over 30 years at 9:29 a.m. As firefighters continued to conduct rescue and evacuation missions in both towers, Chief Ganci requested another fifth alarm at 9:47 a.m. Fire companies from across the city were still racing towards the scene when the South Tower collapsed at 9:59 a.m. The collapse destroyed the Incident Command Post and Field Communications Unit. Confusion reigned at the Operations Post inside the lobby of the North Tower. Battalion 1 issued an evacuation order of the North Tower at 10:00 a.m.

Many of the senior leadership, including Chief Ganci, remained in the area of WTC 1 directed the response after WTC 2 collapsed. At 10:28 a.m., the North Tower Collapse, killing many firefighters, officers, and chiefs. Over the next hour, several small command posts were established as crews searched for survivors of the collapse. The formal Incident Command Post was established at 11:28 a.m. at West and Chambers with Citywide Tour Commander-4C as the Incident Commander. The Incident Command Post remained here throughout the afternoon until it was moved closer to the site on the corner of West and Vesey at 6:00 p.m. The Incident Command Post was relocated to fixed facilities later in the incident, first at the quarters of Engine 10 and Ladder 10 on September 15 and then to the quarters of Battalion 1, Engine 7, and Ladder 1 on September 17.

Over half of the FDNY units responded to the World Trade Center on September 11. The response included 121 engine companies, 62 ladder companies, the Hazardous Materials company, all 5 rescue companies, 6 of the 7 squad companies, and 27 chiefs. Of the 32 FDNY staff chiefs, 26 responded to the site, with 22 arriving before the first collapse. The FDNY conducts shift change at 9:00 a.m. Many units responded to the World Trade Center with more firefighters than were normally assigned, as many firefighters did not want to miss a large fire that close to shift change. The collapse of the towers would claim the lives of 343 FDNY personnel of all ranks. Many FDNY firefighters that survived the collapses spent days, weeks, or months at ground zero searching for their lost brothers. Many have developed health complications and perished from the effects of working at the site.

The FDNY was still able to maintain coverage throughout New York City on September 11. Dispatchers relocated units across the five boroughs in an attempt to equalize the fire coverage. Fire calls on September 11 were close to average at 2,322 for the 24-hour period. Response times to these incidents only increased by one minute on average and had returned to normal by September 15. FDNY Special Operations coverage was severely impacted on September 11 and the days following. All five rescue companies, the Hazmat company, and six of the seven squad companies all responded to the World Trade Center and suffered heavy casualties, as did the Special Operations Command. 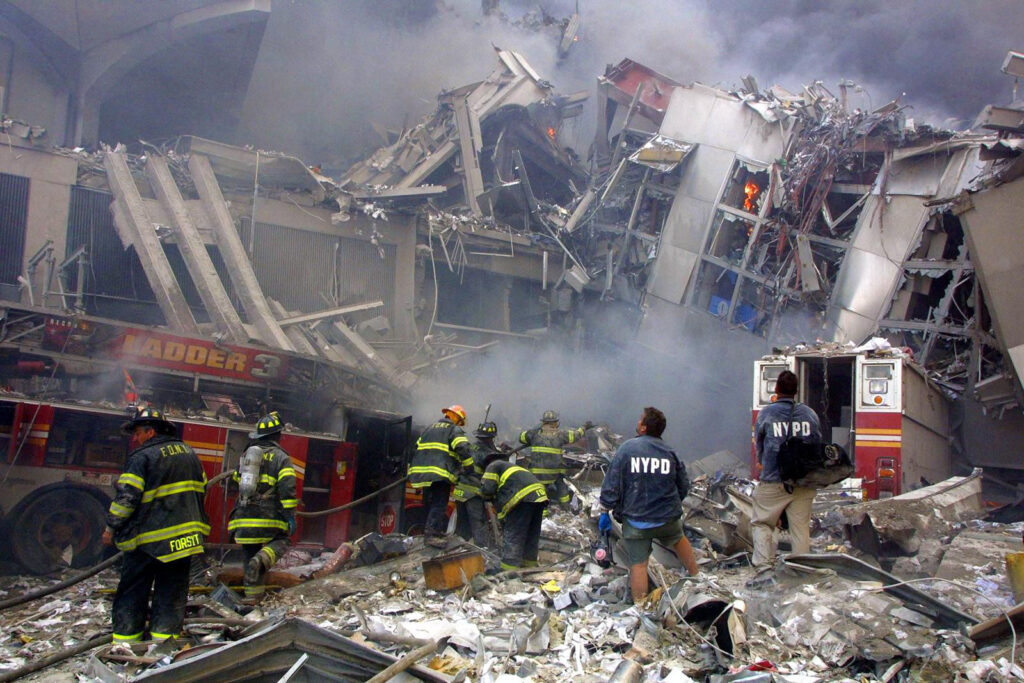 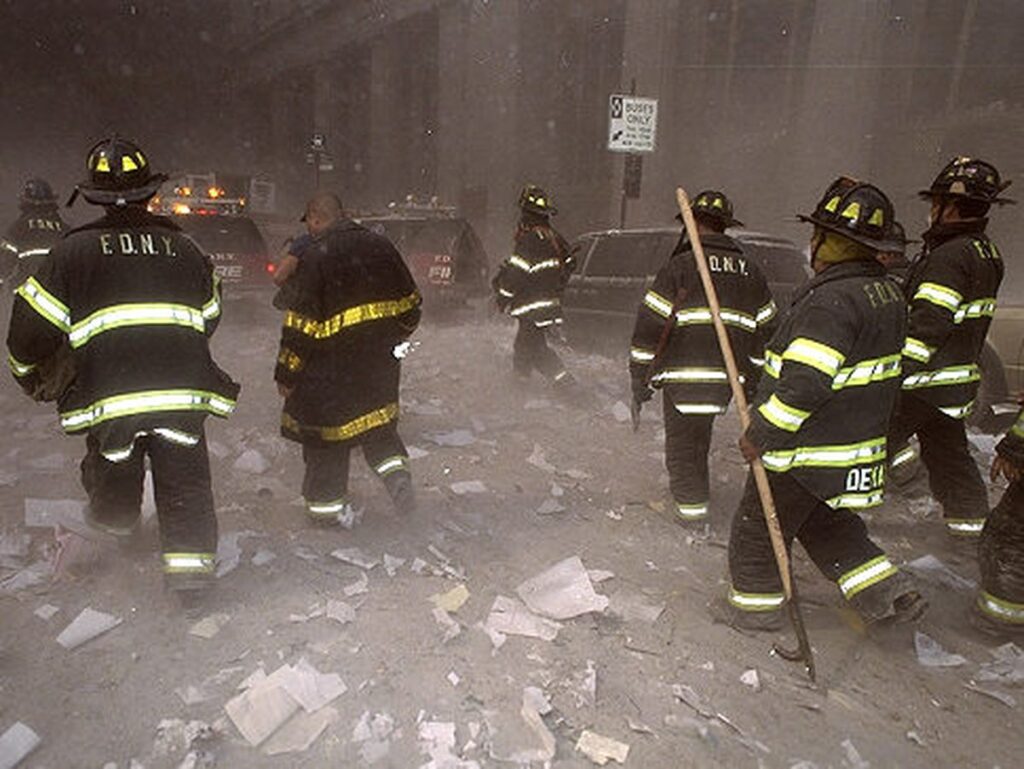 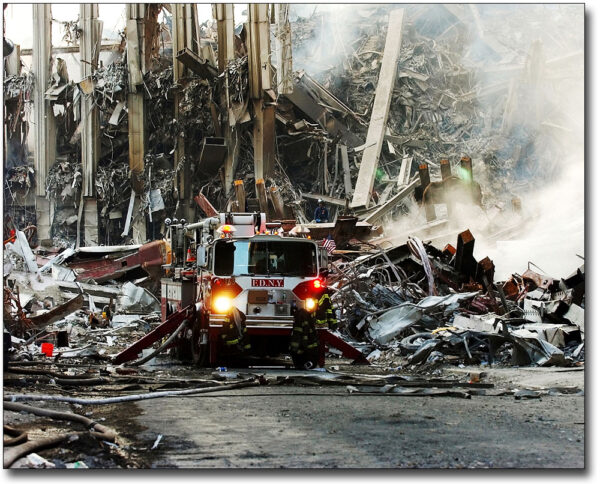 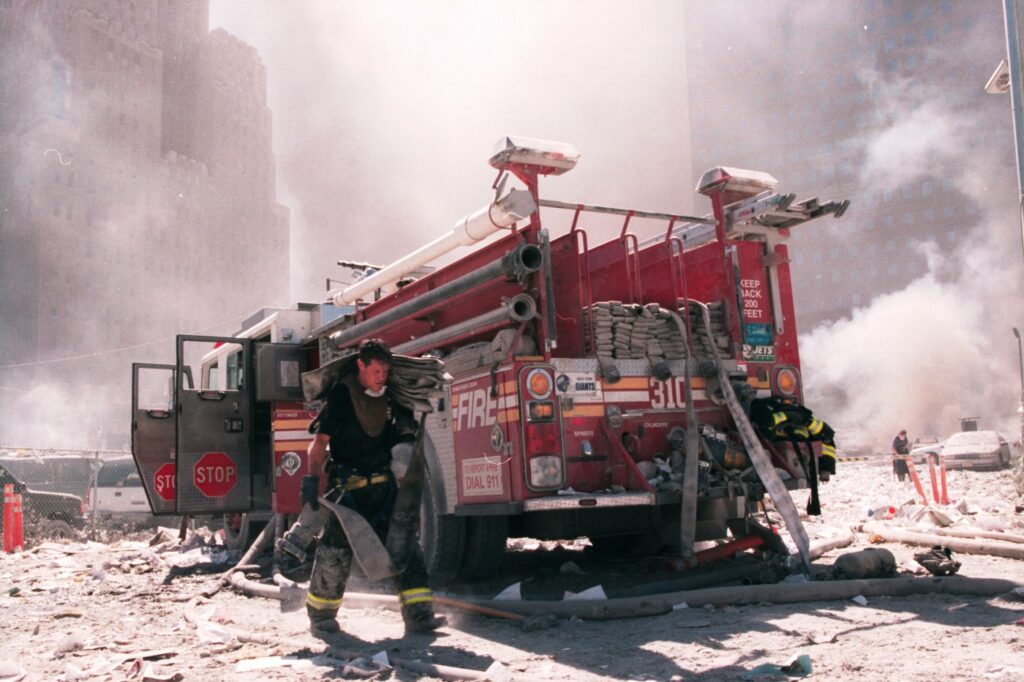 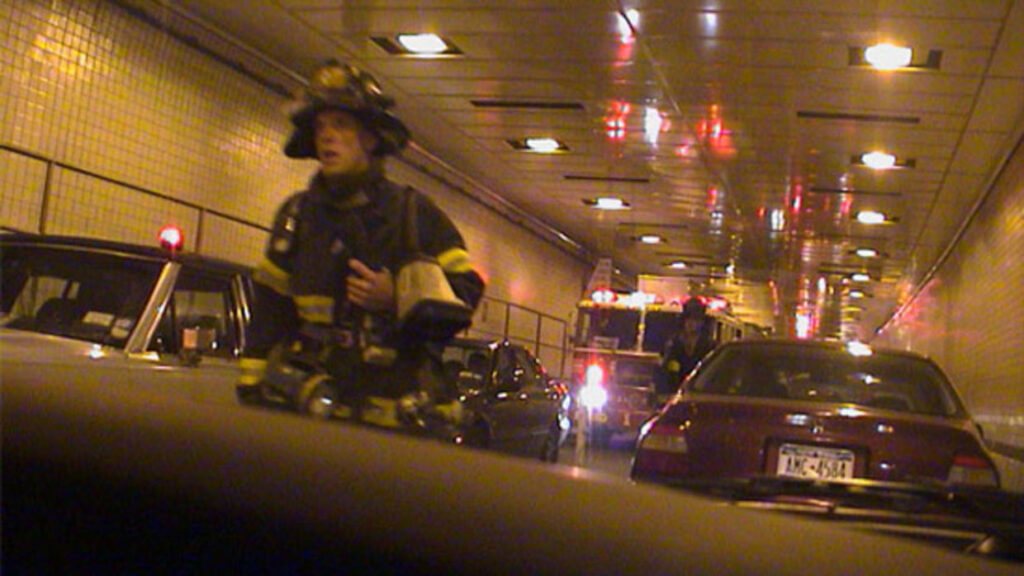 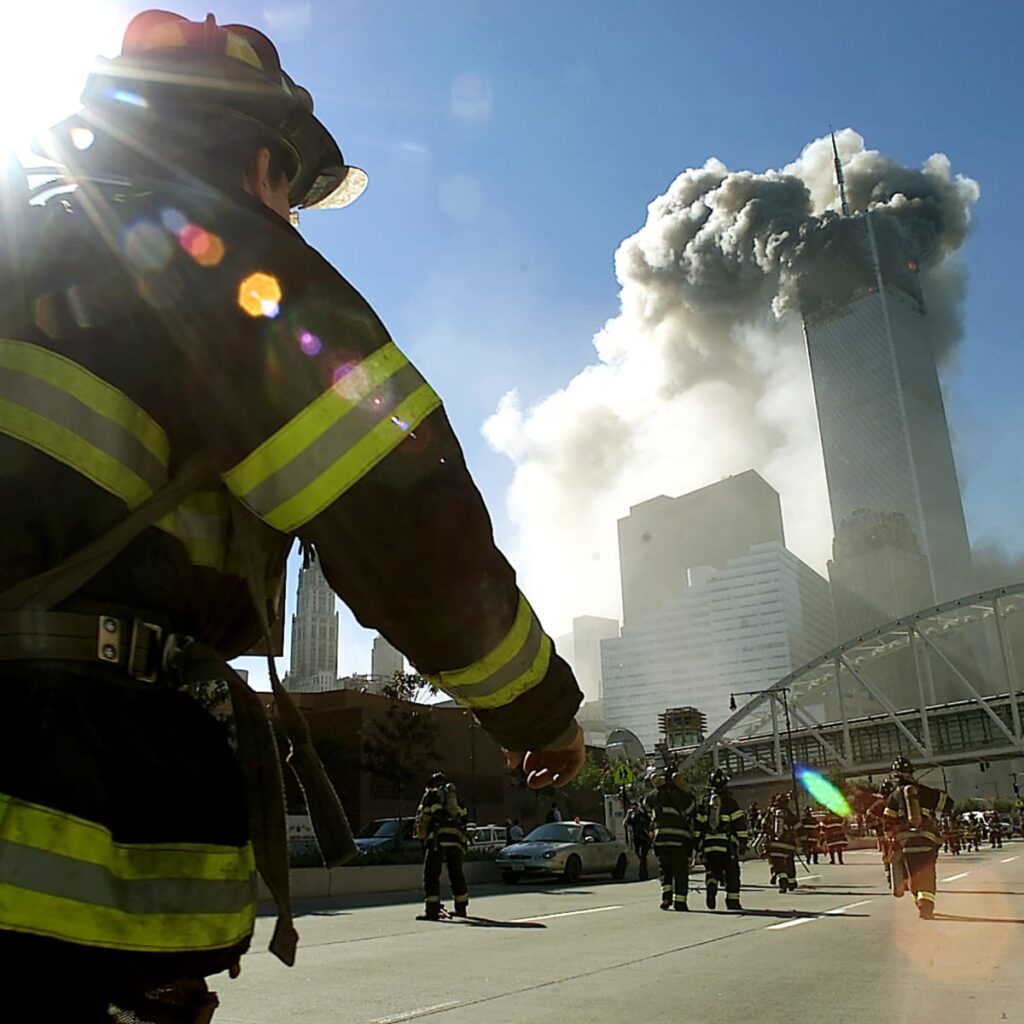 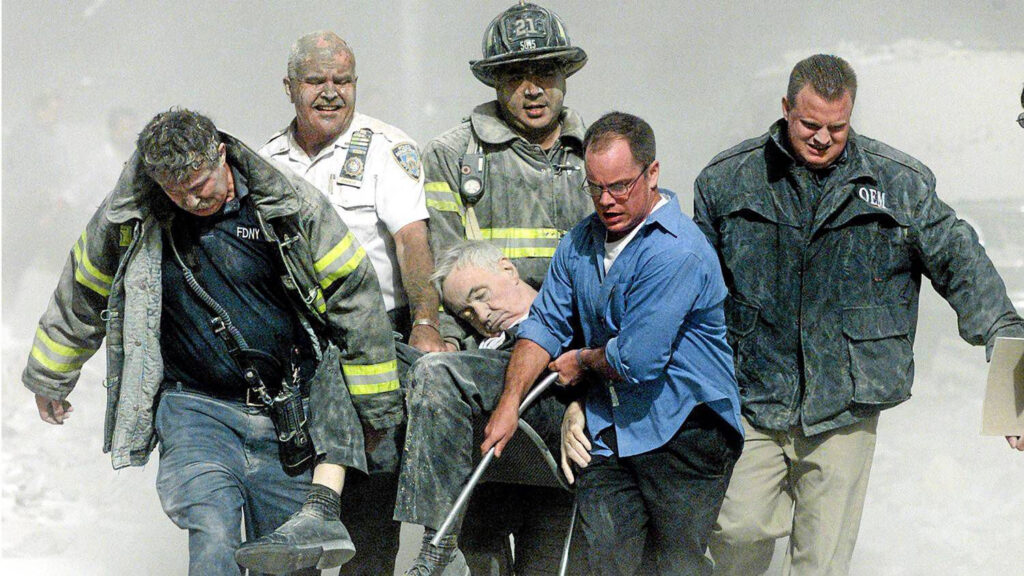 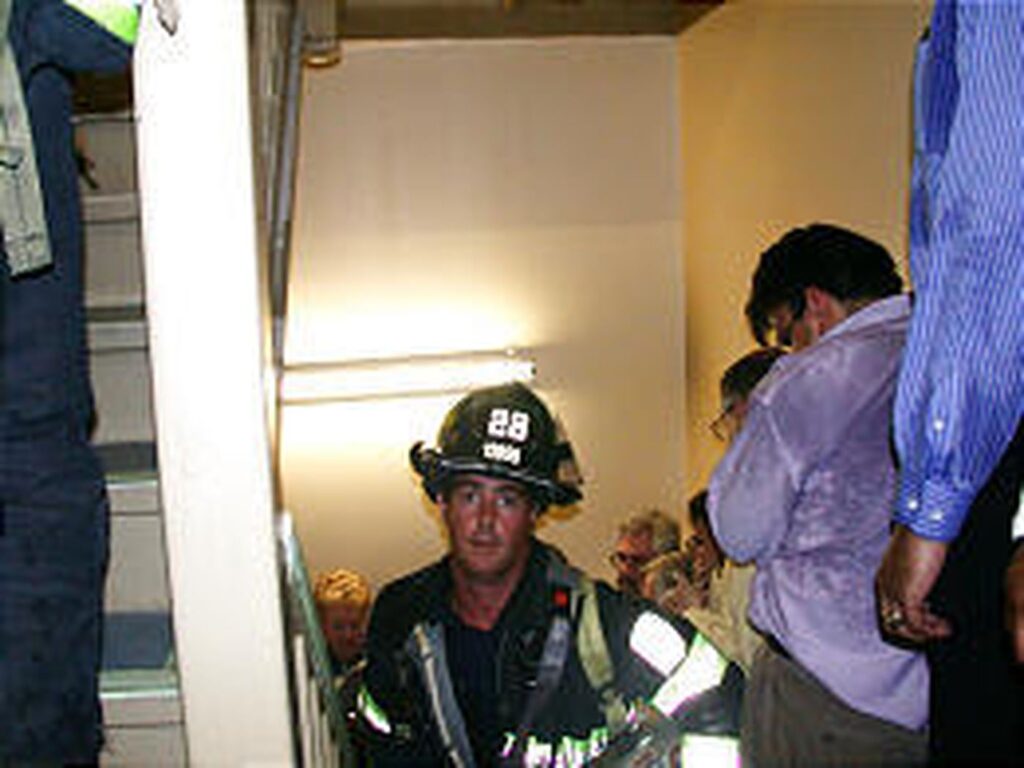